Open lecture Child’s Human Rights by Carla Marcelino Gomes
Friday December  9 (10:00-11:20; 11:30-12:40)
Saturday December 10 (11:00-12:20; 12:30-13:50)
Monday  December 12 (10:40 – 12:10)
Carla Marcelino Gomes has a Law Degree (1996), by the University of Coimbra, and has also studied at the Universities of Leuven (1994-95), in Belgium, Utrecht, in the Netherlands (1994) and at the European University Institute, in Florence, Italy (2000). She has a Master’s Degree in Human Rights and Democratisation (Italy, 2001), and is specialised in the area of the Rights of the Child having written her thesis on Trafficking of Human Beings, particularly, the Trafficking of Children in Central and Western Africa, developed in cooperation and with the support of the Innocenti Research Centre, Unicef, in Florence. She is currently finishing a PhD Programme in “International Politics and Conflict Resolution”, at the Faculty of Economics of the University of Coimbra, a programme integrated in the European Doctorate Enhancement on Peace and Conflict Studies, organised within the framework of the HumanitarianNet. She is writing her thesis in the areas of transitional justice and child soldiers. She has conducted research at the University of Deusto, within the framework of the mobility programme Marie Curie, in the academic year 2008-2009.
She is the Project coordinator and researcher at the Ius Gentium Conimbrigae/Human Rights Centre (IGC/HRC), Faculty of Law of the University of Coimbra, where she works since September 2001 (an activity which is currently suspended due to the fact that she was given a PhD scholarship by FCT). She was an invited lecturer (2007 and 2008) on the European Master’s Degree in Human Rights and Democratisation (EMa), in Venice, in subjects related to post-conflict reconstruction. She is also a lecturer on the Post-Graduation Course in Human Rights, in IGC/HRC, which corresponds to the second semester of EMa, in the area of “Protection of Human Rights at Universal Level” (UN), “Children´s Rights” and “Post-conflict reconstruction”, since 2002. She is the co- Executive Director of the Course in Peace Operations and Humanitarian Action, developed together with the Portuguese Army’s Intervention Brigade, in Coimbra, since 2010.
She regularly takes part in conferences and events with national and international scope (Brazil, Cabo-Verde, Spain, USA, Slovenia, Indonesia, Ireland, Switzerland, etc.). She has been member of several juries, namely in international master theses, as well as in national and international academic competitions. She has publications in the areas of her expertise. She has participated in several international post-reconstruction missions, in particular, in areas related to institutional building and legislative drafting, together with governmental entities, the UN and NGOs. 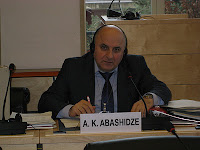 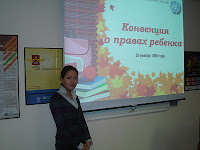 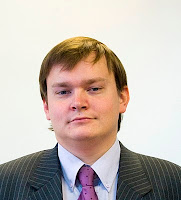 Dear colleagues,
This is to invite you and your partners, as well as mass media contacts, to the Round Table “16 Days to Counter Violence against Women in the Russian Federation”  in the frameworks of the UN SG’s Annual Campaign “16 Days of Activism to Counter Gender Violence”.
The event will take place on 25 November 2011, from 11:00 to 14:00 in the Central House of Journalists (Moscow, Nikitsky boulevard, 8a, Mramorny Hall - metro station Arbatskaya).
The Round Table is organized by OHCHR Moscow and supported by UN Women Moscow, UN Gender Theme Group, National Center to Counter Violence “Anna”, Union of Journalists of Russia.
Moderator: Ms. Nadezhda Azhgihina, Secretary, Section of Creativity Programmes, Union of Journalists of Russia
The agenda includes:
-       Presentations by OHCHR, UN Women, Government, State Duma deputies, NGOs devoted to analyzing the international human    rights instruments, current situation, existing legislation and judicial practice on domestic violence in the Russian Federation;
-       interactive session (Q&A) for journalists (including live broadcast  of the event on  the Union of Journalists’ webcast for the     regions);
-       reception;
-       Press monitoring following the round table (to be shared with colleagues).

HREA is issuing a final call for applications 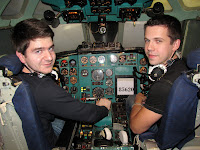 EYP Romania will organize for the 2nd time the successful EYP Winter Training for chairs and journalists in Bansko Ski Paradise, Bulgaria, 16-19.01.2012. Accomodation at 4* hotel with spa and sauna.
Do you want to go further in EYP? Would you like to learn the very latest in group psychology and chairing? To know what a real journalist is made of? Are you interested in teaching others what you have already learned in EYP? You will gain profound understanding on how group works, learn advanced group leading techniques (chairing/facilitation), practice strategic use of teambuilding exercises, techniques in immortalising key moments of a session, explore how to enable personal growth in your team in creative new approach and existing methods, or just practice your leadership, training and chairing competences through selfreflection and feedback from experienced co-participants and trainers. Bansko winter resort is the perfect place: snow, nice hotel, conference hall, whole British atmosphere…and good trainers!
Participation fee is 50 euros
DEADLINE for applications: 01.12.2012. Selection based on the principle: first applicants, first accepted.
Please find attached the Invitation and the application form and we are looking forward to your applications at wintertraining2012@yahoo.com
You can download the Invitation and Application Form directly from http://www.eypromania.eu/english.html Have you further questions, don`t hesitate to contact us at eyp.russia@gmail.com 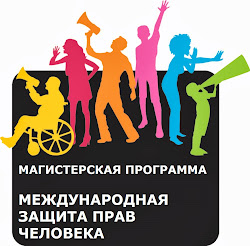